Rewarded video is a staple of mobile game monetization. So why isn’t rewarded audio a thing?
That’s the question Amit Monheit, now the CEO and founder of in-game audio ad startup Odeeo, started asking himself last year after losing his job at a Tel Aviv-based audio content discovery platform during the height of the pandemic.
With time on his hands at home, Monheit began researching the audio advertising space and concluded that audio could be an effective way to introduce more advertisers to mobile gaming.
“Brand budgets are shifting into digital audio thanks to the rise in music streaming services, podcasts and smart speakers,” he said. “But brands don’t have a way to penetrate the mobile gaming space because they have a hard time competing with performance advertisers eCPM-wise.”
Monheit and his co-founder and chief product officer, Elad Stern, built an SDK, got accepted into an equity-free Israeli accelerator program and soon after raised $1 million in pre-seed funding led by Play Ventures with participation from industry voices such as Mobile Dev Memo editor Eric Seufert and Mishka Katkoff, CEO and co-founder of Savage Game Studios.
The Odeeo SDK is now integrated with more than 100 games and has several hundred more apps on a waitlist. The startup is also working on setting up third-party mobile SSP integrations.

Conceptually, rewarded audio and rewarded video are much the same. Players earn some form of in-game reward in exchange for engaging with an ad.
But the experience of rewarded audio is very different from its video cousin, because it’s less intrusive and doesn’t interrupt the gameplay, said Christian Calderon, CEO and co-founder of Gamejam, a mobile game developer and Odeeo’s first test partner.
“All players are familiar with rewarded video ads: You click a button, wait 30 seconds and when the ad is over you get to play again,” Calderon said. “But with rewarded audio, you hit the button and it takes you right back into the game with an ad playing in the background.”
Odeeo can also identify whether a user is listening to music or a podcast through a third-party app or if there’s in-game music playing. When players opt in to listen to an in-game audio ad, whatever else they’re listening to fades out while the ad plays and then resumes when the ad finishes – and at an appropriate volume – so that the experience isn’t jarring, Monheit said. 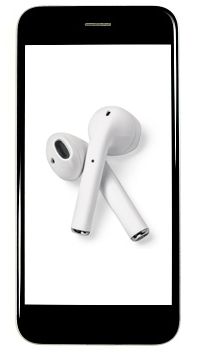 Calderon, an avid mobile gamer himself, says he was open to testing Odeeo because “it’s good player experience” and doesn’t compete with other ad formats within a game. An in-game audio ad, for example, could run at the same time as a banner ad, and if a single advertiser owns both at the same time, an audio ad could help reinforce the message or logo in the banner.
Odeeo also has a proprietary visual ad unit that displays a brand’s logo while an audio ad plays. “We can run that in cases when we’re not able to compete in the waterfall for the banner itself,” Monheit said.
Gamejam tested Odeeo audio ads in 30 of its games so far. It’s still early, but Calderon said many of these apps are seeing more engagement and stronger retention.
The CPMs are also pretty good, he said, and are higher than CPMs for regular banner ads served on their own.
“We’re seeing CPMs for audio ads that are similar to native CPMs. And they’ve been going up over time,” Calderon said. “I’d say they’ll probably be in the $5 to $10 range by sometime next year.”
Sign up to be an AdExchanger Member today and get unlimited access to articles like this, plus proprietary data and research, conference discounts, on-demand access to event content, and more!
Join Today!
No related posts.
Click here to cancel reply.

How to make money online through affiliate marketing – Economic Times

Rise of Crypto.com: from university blog to home of the LA Lakers – Financial Times

Here's how to check the status of your second stimulus payment of 2020 – KHOU.com

How to make money online through affiliate marketing – Economic Times

Here's how to check the status of your second stimulus payment of 2020 – KHOU.com

Rise of Crypto.com: from university blog to home of the LA Lakers – Financial Times

Blood Sugar Support Plus Reviews – Is It Worth the Money? – Islands' Sounder